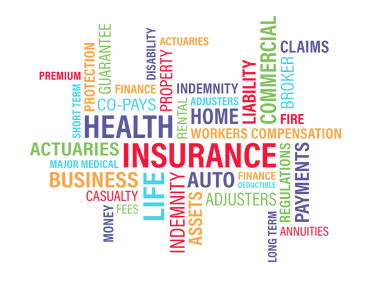 Most, if not all, consider insurance to be a necessity. As a result, the insurance business-model has been among the most robust for the past few decades. It’s an excellent cash-generating system, which insurance companies use to generate further revenues through investing activities.

On the flip-side, such a comfortable position caused insurance firms to be fixated on activities such as managing risks and increasing the bottom-line, putting other important core tasks, for instance innovation, on the back-burner.

Most insurance products, processes and services can be considered the antithesis of customer-friendly. If an insurer files for a claim, they have to tackle forms, faxes, letters and agonizing waiting times. In short, an egregious user-experience, with multiple extraneous touch points. Furthermore, the act of proving that a claim is legitimate can be a nightmarish process for many.

Unsurprisingly, consumers are not happy. According to a 2014 Ernst & Young (EY) survey, insurers were less trusted than banks, supermarkets, car manufacturers and online shopping sites. Only half of Canadian consumers, 56 percent to be exact, trust property and casualty (P&C) insurance companies.

Canada vs the Rest of the World

In Canada, the industry’s take towards innovation has taken a turn for the better. Our internal research revealed that since 2011, of the 27 big insurance firms in Canada, 26 have been involved with actions geared towards digitizing their products or processes, with activity gaining significant traction over the past 2-3 years (Figure 1).

In contrast, the picture is a lot more gloomy on the global scale. According to Novarica’s Insurer IT Budgets and Projects 2017 survey report, which surveyed 100 CIO members of the research and advisory firm’s Insurance Technology Research Council, the insurer’s budget remained essentially unchanged from 2011 to 2017. Implying that most corporates are still not concerned about spending more to improve their IT processes.

The report continues by stating, close to 50% of large life/annuity insurers have ongoing core system replacement projects underway, and another 30% are striving for improvements in the areas of business intelligence, predictive analytics, CRM and agent portals. These actions may lead one to conclude that insurance firms are taking necessary steps to modernize, but weak intentions behind these actions come to the surface when one realizes that most insurers still treat IT as a cost center, rather than a strategic unit.

Based on the above information, one could argue that the Canadian Insurance Industry is ahead of the curve in many aspects. Nonetheless, there are many segments where the industry still maintains a perfunctory stance. Simply put, there are gaps in the market, causing insurtechs to spring up all over Canada, and the Globe.

Below is the Canadian insurtech startups ecosystem map, charting startups based on lines of business. These startups are not only improving insurance product offerings, but also creating a better economic environment.  In total, Canadian insurtechs have created close to 1,000 jobs and raised $10 million in financing, akin to what fintech startups in Montreal did.

When it comes to the value-chain, a bulk of the startups globally are focusing their energies on solving

problems related to the buying process (i.e. distribution). A recent report published by McKinsey, stated that 37% of insurtechs are focused on distribution, with majority in the Property & Casualty (P&C) segment.

In Canada, the majority of startups (39%) are focused on distribution, and an equal number are also focused on product development, indicating that insurtechs are slowly moving into providing core insurance services. (Figure 3)

In terms of technologies,  the most commonly used are web technologies, algorithms and analytics (Figure 4). Esoteric tech such as blockchain are gaining traction in this sphere globally, and we expect the same technologies to come into Canada in the coming years (more on this in the “What is Canada Missing?” section).

In terms of geographical distribution, Ontario leads the charge with 13 insurtechs, followed by Quebec with 9. More interesting, though, is the concentration (5 out of 10) of product-development focused insurtechs are found in Quebec. This could be due to the high-quality talent and low-operating costs that Quebec has to offer. (Figure 5)

Insurtechs are gaining momentum, no doubt. But they still have a steep hill to climb because in insurance real unconditional trust is built when an insuree makes a claim, and the claim is repaid with minimum hassles. As Danielle Boulet, the then chair of the Canadian Council of Insurance Regulators (CCIR), put it in a speech to the LIMRA and LOMA annual conference in May 2012: “…you need the public to have confidence in your industry when your only product is a promise, and your greatest and most essential marketing asset is your reputation for keeping your promises.”

This serves as a challenge for insurtechs who are looking to grow at an explosive rate. There will always be a group of early-adopters who will be willing to try out new insurance products. It is only a matter of time that these innovative products become ubiquitous within the insurance industry, paving the way for further advancements and more trust.

Moreover, lIke Canadian fintechs, insurtechs have to deal with a tough regulatory environment, translating into mammoth and crippling capital requirements. An apt illustration is the fact that an insurtech would need a minimum of CA$5 million in assets if it were to incorporate.

Cooperation Between Corporates & Other Insurtech Players

The market share captured by insurtechs may seem infinitesimal as compared to that of traditional insurance companies, but insurtechs have the advantage of creating an innovative  organization, completely based on technology, from the the ground-up.

Multiple insurance companies are looking to integrate more digital functions into their organizations, or replace existing ones. Some examples include Assumption Group’s acquisition of a technology solutions company (Tech Knowledge Solutions), and the partnership of SSQ Financial with Symbility Solutions for a digital claims platform.

Most insurance firms (43%) are focused on developing partnerships with specialized tech firms, probably due to the improved speed-to-market and a streamlined innovations process that this path offers. Whether the endgame is to develop long-term partnerships or transfer knowledge to develop in-house expertise is yet to be seen.(Figure 6)

The second largest group comprise in-house innovations, with 25% of insurance firms focused on this activity. This could imply that insurance firms realize that digitization is a non-cursory phenomenon, and a move towards developing internal capabilities may serve as a strategic advantage. This sentiment was definitely evident from a statement made by Mark Wilson, the CEO of Aviva, where he said that “We want to turn Aviva into a fintech.” To this end,  the insurance provider recently created a digital lab, which like any other digital lab has the goal of creating digitized products and services that would help Aviva achieve this goal.

A big portion of insurance companies (38%) are focused on product development, reflecting an advantage over startups as insurance firms have a bigger budget and an already existing customer base which speeds up the testing phase. (Figure 8)

Consequently, technologies that are being used by insurance companies are also considerably different. It comes as no surprise that analytics is the most used (36%) “technology” in a value chain function (product development) that has data at its core.

Although, given that artificial intelligence is used by only 1 incumbent (that we are aware of), it is safe to say that most corporates are yet to move from descriptive and diagnostic analytics into predictive and prescriptive analytics. (Figure 9)

What is Missing in the Canadian Insurtech Ecosystem?

Canadian insurance firms and insurtechs have been inordinately proactive in recent years. Yet, based on developments around the globe, more is needed in terms of integrating the latest-technologies. Examples below serve as a good indication of what may happen in Canada in the coming year.

To begin with, one of the most promising technologies of our time, blockchain, has a very small footprint in the Canadian Insurance Market (Karma insurance is using it for contract storage). On the global scale, Etherisc, a startup based out of Germany, is doing a lot more and recently won the “Most innovative blockchain startup” award announced at Blockshow Europe, for creating a decentralized insurance market which will make the purchase and sale of insurance more efficient, lower operational costs and improve transparency.

In the AI sphere, Covera and Livsta in Canada are using algorithms to provide consumers with an automated, efficient and quick insurance buying process. As a first step, consumers have to enter personal details to receive relevant quotes and recommendations. Insurify, a startup out of MIT, is taking things further by using Evia (Expert Virtual Insurance Agent). Evia is an artificially intelligent virtual insurance which finds consumers better car insurance using pictures of their license plates. Probably the most frictionless insurance buying process in the industry as of now.

In the P2P arena, only one startup, Besure, is offering services at a very small level. This type of insurance does not have many fans in Canada, regulators are especially not keen about P2P insurance. But in other countries, especially in Germany (Friendsurance) and the US (Lemonade) have done well and raised close to US$ 75 combined.

On the corporate side, Bradesco Seguro, a Brazilian Bank, is already preparing for the future where insurtech startups would simply plug-in their offering into a bank’s API, equivalent to Open Banking. Bradesco Seguro developed its own API playbook that allows clients and partners to integrate with its system by providing guidelines and best-practices on everything from design to security.

We can with the utmost certainty conclude that the future is digital. The second largest insurance firm in China, Ping An, commenced operations in 2004 as a small tech-based property and casualty organization. And It took the company only 13 years to overtake other insurance firms.

It is, therefore, safe to say that if, for some reason, an insurance firm does not have innovation at the heart of their business, it will most likely end up as a value systems integrator. Instead of creating lead processes, they will be forced to vet hundreds and thousands of insurtechs and find a way to integrate their functionalities into their existing database of customers.

Other than that, we expect insurance firms, incumbents and startups alike, to take advantage of the upcoming avalanche of data. At present, we only have smartphones, but soon there will be more i.e. smart health trackers, smart homes, smart clothing etc. Even the smallest human action will generate data, which consumers would then use a currency to ask for services that they deem appropriate, moving towards a completely customer-centric model.

Finally, in the past, there have been many cases where the emergence of a new technology causes everyone to conclude that the underlying industries will face an imminent extinction. But it soon becomes evident that collaboration among old and new is the best way forward, a phenomenon that we are already seeing in fintech.

Will insurance follow a similar path? Only time will tell. But whatever the future holds, consumers as a whole, will be better off and we are excited about that!

Figure 2: Canadian Insurtech Ecosystem as of December 2017 (division based on lines of business)

Diverse: Dealing with numerous sections in insurance such as health, P&C, life etc

Claims: Innovating in processes related to claims made by insurance holders

Inspection: Inspecting of property to be insured, such as heavy machinery

Pricing: Using data to provide quotations for the insurance contract

Cloud: Access of data and services over the internet

Mobile technology: Mostly used in cellular communication where by many transmitters have the ability to send data at the same time on a single channel

Accelerator: Cohort-based programs, which involve mentorship and education and finish with a public pitch event or demo day

Acquisition: Takeover of an entity by another Consortium Association of organizations

In-house: Creating a new digital product/process within an organization

Partnership: Partnering with specialized IT firms or insurtech startups

Claims: Innovating in processes related to claims made by insurance holders

Distribution: Related to sales and distribution of insurance products

Inspection: Inspecting of property to be insured, such as heavy machinery

Pricing: Using data to provide quotations for the insurance contract