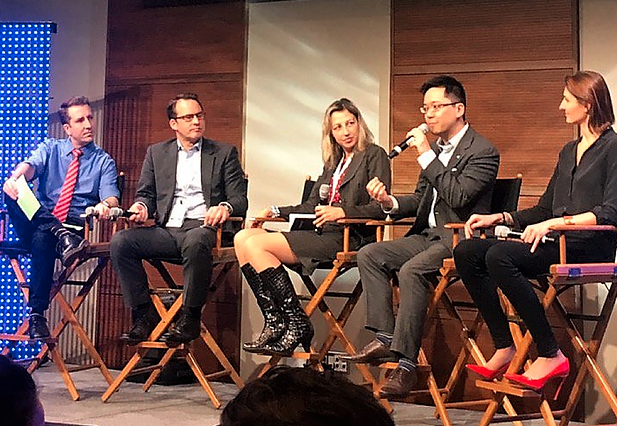 In 2014, banks viewed Fintech as a threat. Fast-forward to 2016, and Fintech was being described publicly by banks as an ‘opportunity’. While behind closed bank doors, Fintech may still be perceived as threatening; but, there are growing signs of a willingness to cooperate. Beyond implementing more casual and flexible dress codes as joked about by the panel, the big banks are increasingly taking notice of an area start-ups have been heavily focusing on; the client experience.

Timing is everything in the start-up world, and the hype that has surrounded the Fintech area in the past several years in Canada may be here to stay. As margins face increased downward pressures for banks, any fintech that helps with efficiencies or customer acquisition is an attractive integration. Peter Tilton from RBC thinks it’s much easier to approach banks now as they are going through a sort of crisis. Specifically, how can you help banks increase profits during a time of increasing costs (e.g. higher regulatory compliance, and increasing customer demands), and increased competition (e.g. robo-advisory services).

Beyond profit pressures, a shift in paradigms is occurring as the corporate culture is beginning to embrace start-up practices. Dubie Cunningham from Bank of Nova Scotia has witnessed her teams “experimenting” with respect to innovation, a more agreeable term versus the “fail fast” start-up verbiage. Additionally, their teams are willing to embrace imperfect ideas, investing in outside start-up projects for months (up to a year), while the tech-stack (i.e. the full value-adding technology based product) gets fleshed out.

These aren’t just small moves in the innovation sphere either. Scotia bank is creating a digital factory hiring 400 technology and design-thinking employees. Many of these employees have a limited financial background to encourage user-oriented solutions. Meanwhile, RBC has now opened its sixth innovation lab in Silicon Valley (after opening facilities in Toronto, London, Luxembourg, New York and Orlando), and secured $100 million to fund 20-30 top Fintech start-ups.

While the timing may be right for Fintech companies, landing a big incumbent takes a review of the basics. Make sure your value proposition is crystal clear, says Peggy Van De Plassche from CIBC. Peggy needs to sell the idea internally to at least five people, and if it’s not clear for her, it won’t be clear for them. And just remember, with so many approvals required the resulting sales cycle is long, sometimes longer than the life of the start-up.